How float or double values are stored in memory?

To store a floating-point number, 4-byte(32 bit) memory will be allocated in computer.

Let’s discuss the procedure step by step with the example,

1.Floating number will be converted to binary number

This we have discussed already. Convert floating number to binary

For floating point numbers, we always normalize it like 1.significant bit * 2 exponent 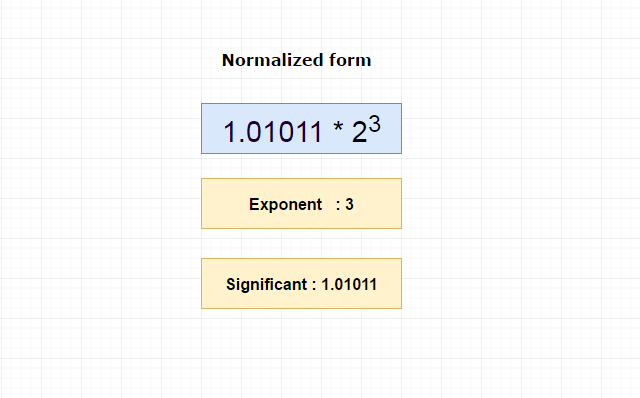 In floating number, no concept called 2’s complement to store negative numbers. To overcame that, they came up with bias concept where we add some positive value to negative exponent and make it positive.

In general, whether it negative or positive they add bias value to exponent value to reduce implementation complexity.

Formula to calculate bias value is

Here, we have allocated 8 bits for exponent. So n will be 8

Hence the normalized exponent value will be, 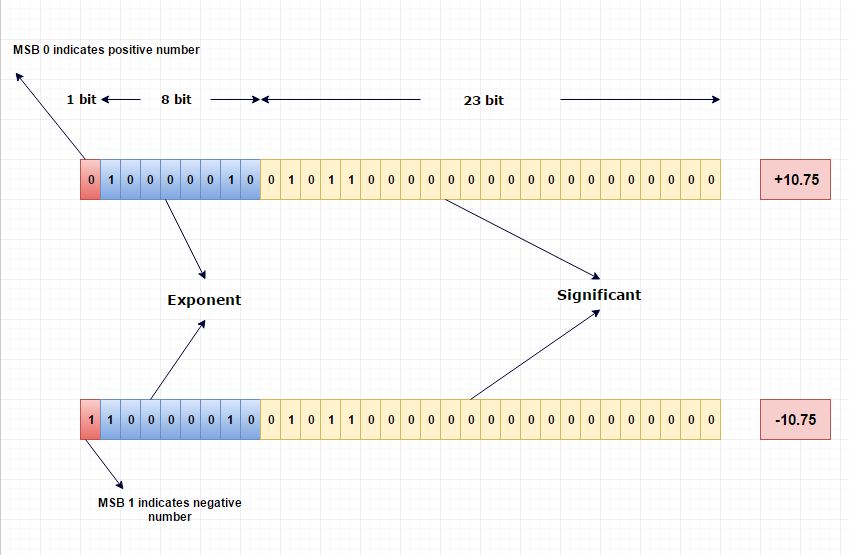 only difference between double and float representation is the bias value.

in the case of double, 1023 will be added to exponent. Remaining procedures are as same as floating representation.